Starting this fall, students will be getting into the dining halls hands-free. 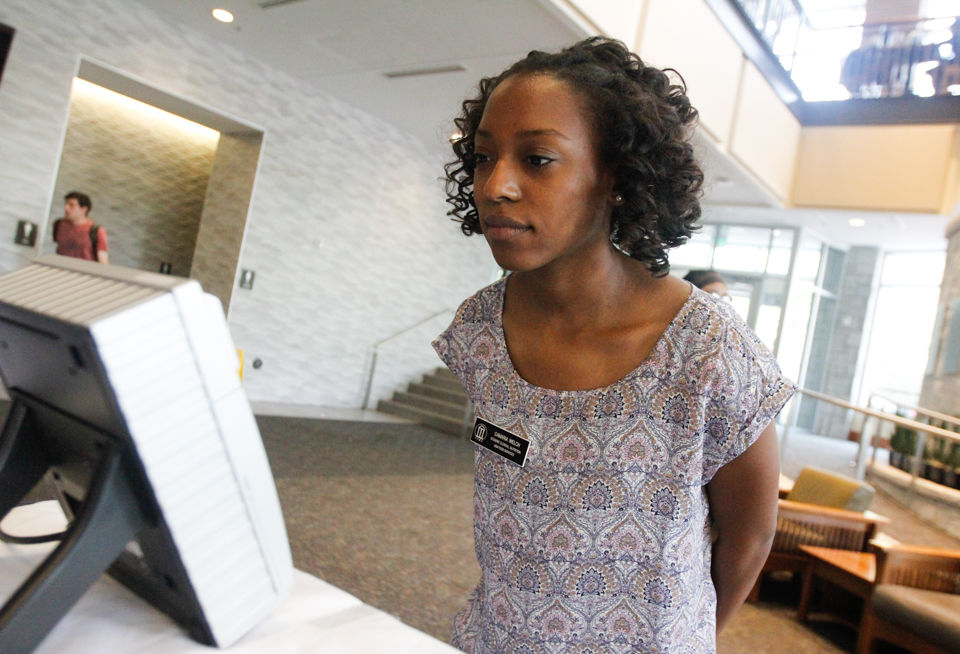 UGA is installing iris cameras in all the dining halls and the Ramsey Student Center, and a quick glance at a camera will replace the current hand scans and card swipes.

Brian Varin, the executive director of Dining Services, said the new cameras should be faster and more sanitary than the current system.

“We’re just making it more efficient and easier to gain access to the dining commons,” Varin said. “It’s really fast and very convenient. We’re really excited about it. We think it’s going to be a good enhancement.”

The system works by taking a picture of the iris and then comparing it to biometric data kept on file with the university.

The new system means students will no longer need to enter their ID number, and unlike the hand scanners, students on a commuter plan can also use this system, Varin said.

Varin also said this process should take less than two seconds each time.

Pre-enrollment began Monday, and Allison Brannen, the Senior Public Relations Coordinator for Auxiliary Services, wrote in an email that around 900 people had registered in the first week.

“I enrolled yesterday, it was easy and fast, it took all of a few seconds,” Varin said. “You just look at the red dot, and it takes a picture of your iris.”

The program is also being incorporated into the orientation process, where it will be a part of the getting a UGAID, Varin said. By 2021, most of the student body should be in the system.

William McGee is the IT director for Auxiliary Services and has been involved in planning the project.

All told, the program’s 12 cameras and the software to operate them cost the university about $70,000, McGee said.

This program isn’t exclusive to UGA either. Georgia Southern University is one of the schools which has been using this system for some time.

They first installed their system in 2013, said Richard Wynn Director of Card Services at Georgia Southern, and they are now reaching the point where almost everyone is enrolled in the program.

“A student can use a card or an iris camera, and we see 3-1 people going to the iris cameras,” Wynn said.

Initially Wynn was expecting some resistance, he said, citing what he called “the Orwellian factor.”

“I was concerned that a lot of students would be uncomfortable with using a biometric [system]…and we got a little bit of pushback from some students about ‘big brother is watching,’” Wynn said.

But there was far less than expected, and in the first group of 3,000 they registered, only one student declined to enroll in the system.

Varin said that this was something they were aware of at UGA as well, and it was a consideration.

“Everybody’s is very concerned about personal data and keeping it protected,” Varin said. “That’s at the forefront of everyone’s mind, making sure personal information is secure.”

Students will be able to pre-enroll for the program this month at the Ramsey Student Center and UGA dining halls.